Chicago, IL – On June 12th, the Pat Tillman Foundation (PTF) announced the names of the 60 U.S. service members, veterans and military spouses chosen as 2020 Tillman Scholars. In recognition of their service and leadership potential, the newly selected class will receive scholarship funding to pursue higher education and continue their service in the fields of healthcare, business, law, public service, STEM, education and the humanities. For the full list of 2020 Tillman Scholars, along with their service branches, institutions and fields of study, please visit http://scholars.ptf.org.

“Our newest Tillman Scholars join a community committed to leadership through action. In these turbulent times, values-based leadership is needed more than ever. These 60 men and women exhibited that leadership throughout their military service and show incredible potential,” said Dan Futrell, CEO of PTF. “As a Tillman Scholar myself, I’m excited to welcome them into the community and to see them respond to the challenge that Pat’s example offers us: how will your next chapter of service make a greater impact than your last?”

“Each year, it’s inspiring to get to know a new, incredible group of people who carry forward the values and energy that Pat lived by,” said Marie Tillman, Board Chair and Co-Founder of PTF. “It’s our honor to support these emerging leaders as they work to make a difference in fields as diverse as education, STEM, public policy and healthcare, particularly as we navigate uncertain times.”

To date, PTF has invested more than $20 million in scholar support and named nearly 700 Tillman Scholars at more than 100 academic institutions nationwide. 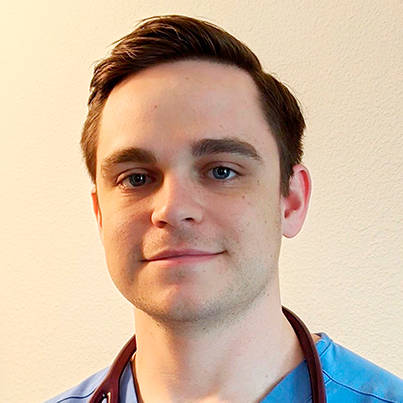 2020 Tillman Scholar James Alexander Speaks Marine Corps, San Francisco State University, B.S. “I have made it my mission to bring health care to those caught in the crossfire of violent conflicts worldwide.” Photo credit: Quennie Eslava

James Alexander Speaks was eight years old when he watched the attacks unfold on 9/11. Motivated by the countless tales of heroic men and women serving in the ensuing War on Terror, he enlisted as an infantryman in the U.S. Marine Corps shortly after finishing high school.

During his four-year tenure as a Marine, Speaks served on two combat deployments to Afghanistan and Iraq. Those deployments proved to be transformative, as he was struck by the staggering amount of civilian casualties and the general lack of medical infrastructure in the war-ravaged communities. At the same time, he was moved by the actions of the Navy corpsmen with whom he served as they plied their life-saving craft on the many military and civilian casualties they encountered. Ultimately, these experiences sparked his desire to bring quality healthcare to vulnerable and underserved populations.

Speaks is currently an undergraduate nursing student at San Francisco State University, and he hopes to move on to a dual master of nursing/master of public health degree program in the future. He plans on combining his leadership experience and medical knowledge to have an impactful career with Doctors Without Borders. His goal is to help transform healthcare on an individual and structural level for the countless victims that are caught in humanitarian crises throughout the world.