Don Jenkins is one of four teachers being honored by the National Association of State Boards of Education (NASBE) as Civic Engagement Champions (CEC) for their work in promoting civics education and active citizenship.

Jenkins teaches history at North Whidbey Middle School in Oak Harbor. His students have researched local issues as part of their history and social studies classes. Recently, they used their history lessons on the Lewis and Clark expedition to take action protecting grizzly bears. Starting with their historical research, they then used scientific data, articles reflecting the views of ranchers and environmentalists, and interviews with experts. That research informed recommendations on whether grizzly bears should be removed from the threatened list in the Northern Continental Divide Ecosystem or added to the North Cascades Ecosystem. They shared their findings with policymakers.

“We are delighted to honor these four teachers as our inaugural Civic Engagement Champions,” said NASBE President and CEO Robert Hull. “Each one of these individuals takes very seriously their responsibility as teachers to develop students who are prepared to play an active role in our democracy. They are role models for us all.”

Jenkins and the three additional educators will be honored during an awards ceremony on Friday, October 18, 2019, at NASBE’s Annual Conference in Omaha, NE, and will receive a $5,000 cash award provided by the Frank Islam Institute for 21st Century Citizenship.

– Washington State Board of Education 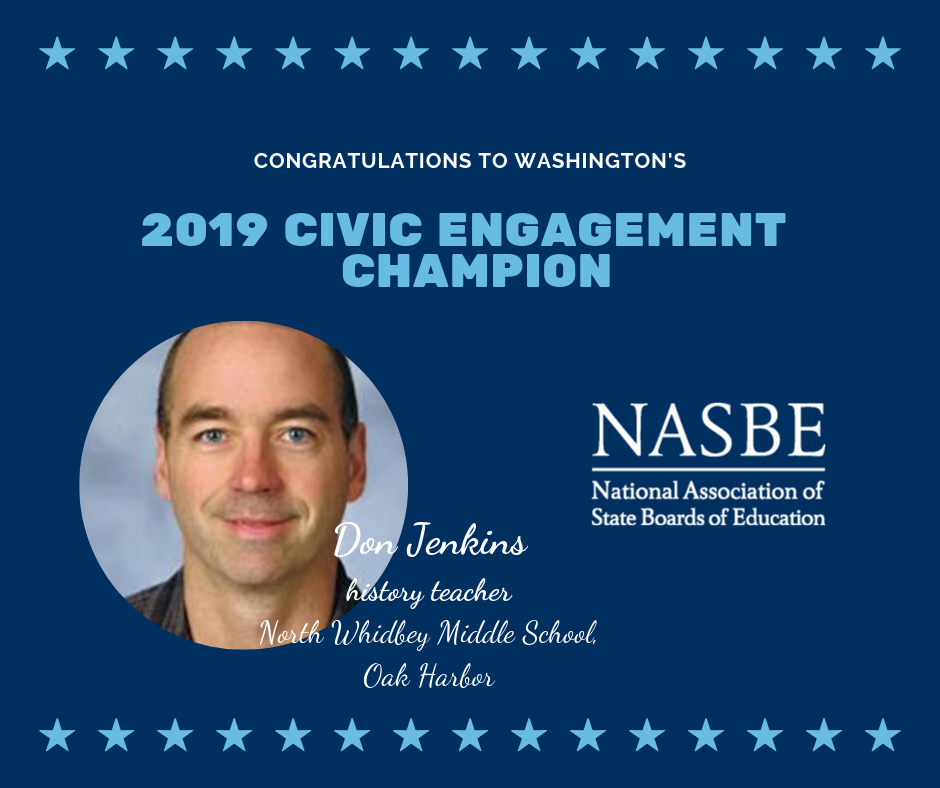